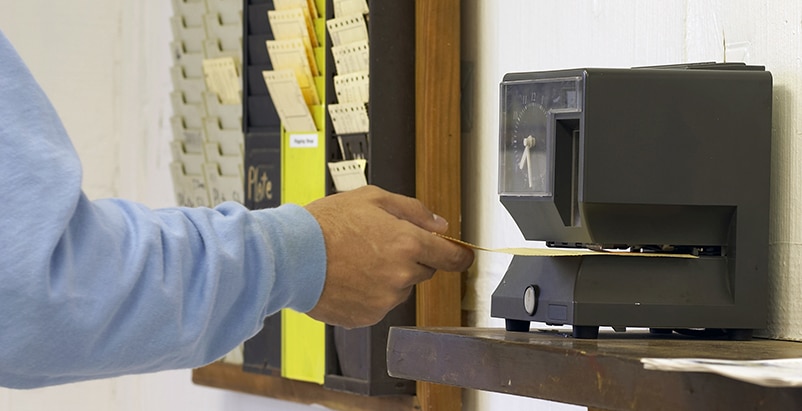 The rallying cry of workers throughout American history has been for a full and fair day’s pay for every full and fair day’s work. While the meaning of “fair” has changed, the basics of employment contracts have not: you agree to do the work, and your employer agrees to pay you for it. When that employer tries to change the rules, and deny you your fair overtime wage, Gainsberg Law is here to help. Our Chicago wage and hour attorneys represent workers whose rights have been violated. Contact us today to learn more about our services.

What is a wage and hour violation?

Under the Fair Labor Standards Act (FLSA), you are guaranteed certain rights when it comes to your wages, such as the right to earn the minimum wage, the right to equal pay, and the right to overtime pay. The FLSA is a federal law, but Illinois also has its own laws that dictate workers’ rights to a fair wage. If your employers break these laws and violate your rights, you can file a complaint and seek compensation through the justice system.

Can a Chicago employer pay less than minimum wage?

States are allowed to increase the minimum wage, but they cannot go below the federal minimum. Illinois is currently in the process of raising its minimum wage. The Illinois Department of Labor (IDOL) has issued this chart of minimum wage increases through 2025:

Exceptions to the minimum wage rule

Finally, “employers may apply for licenses to pay sub-minimum rates to learners and certain workers with physical and mental limitations.” This license is important; if the employer has not applied and received the license, and still pays people with disabilities less money, then the employer can be sued for discrimination.

I’ve been denied equal pay. What can I do?

The Equal Pay Act of 1963 requires that employees be paid equally for equal work, regardless of sex. The work must be “substantially equal” in terms of skills, responsibility, and effort, and a workers’ pay can encompass more than just wages, such as:

The EPA only deals with sex discrimination, so if you have been denied equal pay because of another reason, such as your race, religion, age, etc., you would need to file a claim under Title VII of the Civil Rights Act of 1964 (Title VII), the Americans with Disabilities Act (ADA), or the Age Discrimination in Employment Act of 1967.

Because the EPA states that “pay” does not necessarily have to come in the form of wages, it can be a challenge to make a claim. What you have on your side is the “substantially equal” clause of the Act, which means that you do not have to prove that two jobs are the same in order to make your claim.

For example, let’s assume Jane and John work in different departments for the ABC Widget Company. Both Jane and John bring the same years of experience to the roll, manage a team of five people, handle scheduling for employee hours, and make budgetary decisions.

However, John’s title is “Director of Widget Production,” whereas Jane’s title is “Lead Widgeter.” If john is paid more than Jane, despite having substantially equal job duties as well as backgrounds, Jane should file a claim – but because their titles are different, she may face pushback if she tries to make the claim on her own. An employment attorney can help by collecting the necessary documentation and proof that Jane is being denied her fair pay, and represent her in court if she chooses to file a lawsuit.

When are you entitled to overtime pay?

Under state and federal law, you have the right to earn one and one-half times your hourly pay for any hour you work over 40. If you are paid $10 and hour and work 40 hours, you earned $400. However, if you are paid $10 an hour and work 45 hours, you should earn $15 an hour for those hours over your regular 40-hour work week. It breaks down like this:

Under the FLSA, certain employees are exempt from receiving over time pay. These employees must be salaried workers who earn no less than $684 a week (with two exceptions), though bonuses and incentives may make up to 10% of that required minimum salary. There are five categories for exemptions:

Illinois has the same five categories of employee exemptions; but also includes a specific list of job titles which are exempt from overtime pay. Per the non-profit organization Workplace Fairness, those titles include:

What are common wage and hour violations by Chicago employers?

Despite the strict laws put in place to ensure that people are paid a fair wage, some employees still have their rights violated. The most common wage and hour violations include:

Why should I hire a Chicago wage and hour attorney to handle my case?

If your employer has wrongfully denied your fair pay or overtime, hiring an attorney may be your best recourse for recovering the compensation you are owed. We know the laws and the loopholes that employers try to use to their advantage. We make sure that your documentation is correct, complete, and sent where it needs to go.

We also make sure that your money and your time are spent wisely. In some cases, you may be better off simply making a claim with the Illinois Department of Labor; in other cases, you may need to file an employment lawsuit against your employer. During a free, initial consultation, a Chicago wage and hour attorney from Gainsberg Law can discuss these options with you, so you can make an informed decision about what to do next.

Fighting for Illinois workers who have been denied their rightful pay