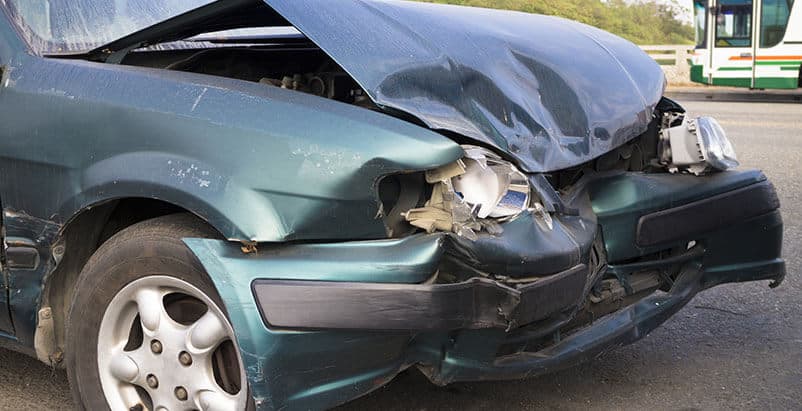 A hit and run occurs when a party to an accident flees the scene. Illinois law prohibits this behavior, but new incidents are reported daily. Sometimes the responsible party leaves the scene even when there is an injured party present. For the victim, a hit and run is emotionally and physically painful. You are not only left to deal with the resulting injuries, but you may also find yourself wondering how someone could act in such a negligent and inconsiderate manner.

At Gainsberg Law, we provide accessible representation for hit-and-run victims throughout Illinois. We have spent years assisting the residents of Cook, Lake, DuPage, Kane, and Will Counties. If you were injured in a hit-and-run accident, trust your case to an experienced Chicago auto accident lawyer.

A client-centered focus for Illinois hit and run cases

In most situations, hit and runs occur because the at-fault party refuses to take responsibility for his or her actions. These incidents are more likely to happen when the following circumstances are present:

If the driver of a vehicle involved in a traffic crash where someone has sustained an injury or a fatality leaves the scene of the crash they can be charged with hit and run, which Illinois law considers a felony. 625 ILCS 5/11-401(b) If there is property damage, but no bodily injury or death, a driver must stop and exchange information with the other driver involved in the crash. Leaving the scene of an accident without providing contact and insurance information to the other driver is a Class A misdemeanor and can result in fines, driver's license suspension and jail time. Property damage of less than $1,500 is not required to be reported to the police.

When someone hits your car and keeps going what happens?

Observe as much as you can about the other vehicle before it disappears. Look for the color, make and model of the vehicle along with where the vehicle might have suffered damage in the crash. Try to find witnesses who are willing to speak about what they saw, and take as many pictures of the scene and the damage to your vehicle and the location in which the crash occurred.

Do not attempt to chase down the other driver. Instead, call the police and file an accident report about the crash. If the police are unable to track down the driver who caused the crash, the traffic accident report will be useful to your insurance company when you file a claim for the accident.

Understanding your options after a hit-and-run accident

The time following a hit-and-run accident can be extremely challenging as you determine the best course of action for your case. The state of Illinois mandates the purchase of uninsured motorist coverage to protect individuals from the financial burden of a hit-and-run accident. If you choose to file a claim with your insurance company, it is best to seek the assistance of a knowledgeable Chicago car accident lawyer before speaking with an insurance adjustor. Without the benefit of counsel, your statements may bar or limit your compensation amount. At Gainsberg Law, our clients can rest assured that they have years of insurance claim experience working on their behalf.

On June 24, 2016, a vehicle struck a 31-year-old passenger on dialysis on the passenger side after the vehicle ran a red light. The other driver fled the scene. The passenger sustained pelvis, chest, and other injuries. She spent over two weeks in the hospital. After extensive negotiations, Gainsberg Law, P.C., was successful in obtaining the policy limits from the driver of the other vehicle’s insurance company. Gainsberg Law, also negotiated a settlement for the passenger’s four-year old son who sustained minor injuries.

Types of Cases We Handle

Our attorneys handle a variety of cases, including:

If you or a family member was injured in a hit-and-run accident, trust Gainsberg Law to aggressively advocate for the compensation your case deserves. We provide our clients with knowledgeable and responsive service. Call us today at 312-600-9585 or fill out our contact form to schedule an initial consultation today.