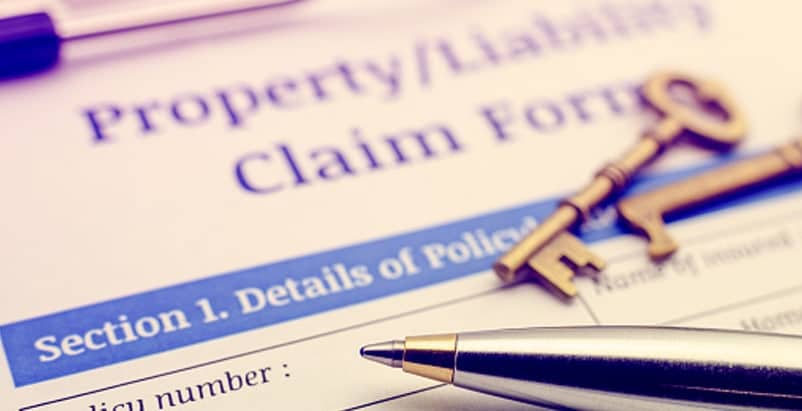 While some car accidents involve serious injuries to the vehicle’s occupants, most crashes incur only property damage. If your house is damaged in a fire, if a huge wind storm or tornado blows through your area, or if vandals destroy your home or business, the property damage will likely be covered by insurance. What may be unclear is whether your insurance company will pay for the damage, or the insurance company for the person who caused the damage. Also, what steps might you take if you end up in a dispute with an insurance company about your claim?

At Gainsberg Law, we can answer all those questions for you and provide sound legal advice about your specific case. Our experienced Chicago injury lawyers are approachable, and they are prepared to protect your rights when you are dealing with property damage that was no fault of yours.

When you get into a car accident or any kind, the chances are good that you’ll sustain some level of damage to vehicle. Sometimes, a little paint and a dent-puller will be all the mechanic needs; other times, you may end up having the car totaled. But what happens when your vehicle sustains some level of damage in-between?

In Illinois, the total loss formula, or TLF, that insurance companies use is determined by adding together the cost of repairs and the value if the car is scrapped for parts, and then comparing it to the pre-accident value of your car. If the costs associated with repairs plus scrap is equal or greater than the total value of your car (pre-accident), then the insurance company will total the car.

My medical equipment was damaged in a fire: is that a property loss claim?

It should be. For example, let’s say you use a wheelchair to get around. Your home catches fire, and a fireman hauls you to safety – but the wheelchair doesn’t make it. In this case, you could claim the wheelchair as part of your claim through your homeowners’ insurance.

But what if you are in an accident of some kind, and a medical device is damaged? If you use a wheelchair, and are hit by a tour bus while crossing the street in a designated crosswalk (during a designated time for you to do so), then the loss of your wheelchair would be an economic damage – a type of compensation that you would seek through a personal injury lawsuit, or through settlement negotiations. The same theory applies if, for example, you have a pacemaker, and while you are undergoing surgery the medical team somehow damages the device. This would be a compensable economic loss in a medical malpractice claim, not a property damage claim. Property damage describes injury to property that you can see and touch, and the loss of the use of that physical property. It also pertains to the loss of use of property even if it was not damaged.

Property damage has nothing to do with the severity of your injuries. You know that Subaru commercial, where you see a car being crumpled in a junk yard, and one worker turns to the other and says, “They lived”? Then, the rest of the commercial shows you the different stages of how the car ended up at the junk yard, only in reverse.

The whole point of that commercial is that even in that type of collision, where a car is totaled, the people in the car survived. It’s a great ad campaign, but it makes life harder for real, living car accident victims, for two reasons:

The truth is, the amount of damage to your vehicle is in no way indicative of the severity of a person’s injuries. A head-on collision at almost any speed can be deadly. Being rear-ended at a lower speed, like 15-20 mph, can still leave a person with nerve damage and in chronic pain from whiplash. And a high-speed wreck can cause a car to flip over and crush the people within it.

We want you to know that, while a totaled car might be used effectively to show how serious a crash was, and to justify life-threatening injuries, it is not the only type of car accident that could leave you injured. Property damage does not necessarily correlate to physical, emotional or psychological injury.

Property damage liability insurance is part of your auto insurance policy, and it covers the damage done to someone else’s car or other physical property that is caused by a crash for which you are responsible within the limits of the policy. This coverage does not include the damage done to your own vehicle, which is covered by comprehensive and collision policies.

In a homeowners’ policy, this is referred to as “contents coverage,” because it covers the contents of your home: clothing, furniture, appliances, etc.

Here are just a few of the insurance companies that our clients have worked with that serve the Chicagoland area:

I am involved in a dispute over my property damage claim. How can I resolve it?

Partially due to the motivation to make a profit and partially in reaction to rampant insurance fraud, some insurance companies routinely deny valid property damage claims. Your insurance policy is a contract between you and the insurance company. You agree to pay your monthly premiums, and they agree to cover you for valid claims. When your insurance company is being unreasonable and treating you unfairly in refusing to settle a legitimate claim that is within the limits of the policy in a timely manner, this may constitute insurance bad faith especially if by their denying your claim you have suffered financial hardship.

Once you have hit a dead-end trying to work with your insurance company, you can file a complaint with the Illinois Department of Insurance or hire an attorney to file a lawsuit. If you are successful in proving insurance bad faith, meaning the insurance company acted unreasonable and vexatious, you may be entitled to compensation for the following:

At Gainsberg Law, we may take a property damage claim on a contingency fee basis, so you do not pay attorney fees unless we win compensation for you. This will depend on the nature of your claim and the bad faith conduct of the insurance company. We offer free consultations on every property damage case. Insurance companies tend to take a completely different stance when you hire an attorney to represent you. Do not try to go up against the big insurance companies and their tactics without an experienced, Chicago insurance dispute lawyer fighting for your interests.

When you have suffered property damage whether in an auto accident, a storm, or an act of vandalism, you need aggressive representation from a Chicago property damage lawyer who will demand justice on your behalf. At Gainsberg Law, our Chicago insurance lawyers will review your insurance policy and your claims. We will investigate the circumstances and offer legal advice about your case. You are encouraged to contact us at 312-600-9585 or complete our contact form to get answers now.