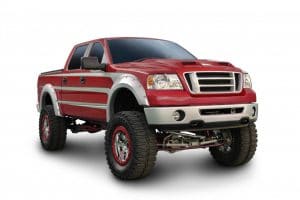 When you live in a city, you expect to hear a lot of terrible, tragic stories involving car accidents. You don’t get used to them, but they don’t necessarily shock you after a while. But on Wednesday, a truly horrific accident occurred, made all the more terrible by the fact that it will not be the last time it happens.

A sober, off-duty police officer fatally hit a 9-year-old boy who was riding his bicycle on North Sacramento Ave. It was about 8:00pm, and the officer was driving through a crosswalk. The boy was in the crosswalk at the time. It was, in the true definition of the word, an accident. But that won’t help the grieving family of the boy, and it won’t help a guilt-wracked officer, either.

You know what would help? If pick-up truck manufacturers stopped trying to build and sell monster trucks for everyday use. Because make no mistake – pickups are deadly, and the design of the newer models is almost guaranteed to lead to a person’s death in a collision.

Trucks keep getting bigger and deadlier

Pickups, like SUVs, were always considered “safer” vehicles because of their size. The driver is higher up, the frames were supposed to be sturdier, and they are easily maneuvered in urban and rural areas alike. But the truth is that pickups are deadly machines, especially for pedestrians and cyclists. From Outside Online:

Numerous studies have found that SUVs and trucks are more deadly to vulnerable road users (VRUs) in almost any crash: they are at least 50 percent more likely to kill, according to a comprehensive review of studies from 2010 published in the journal Traffic Injury Prevention. Buses and vans are also particularly deadly, but their numbers are comparatively small, so they don’t move the needle like light trucks, a category that includes SUVs and pickups with a Gross Vehicle Weight Rating (GVWR, or the weight of a vehicle plus people and cargo) of up to 8,500 pounds. According to the 2018 IIHS report, pedestrian fatalities in crashes with SUVs rose more than 80 percent from 2009 to 2016, while fatalities caused by cars and other types of vehicles rose by half that or less.

Light trucks make up an ever larger share of vehicles on our roads. But their deadliness is attributable to more than their increasing numbers. The problem, researchers say, is also rooted in their size and shape, and how that changes the dynamics of crashes in vital ways.

Let’s talk about just how big pickups are getting. Recent analysis by Consumer Reports has found that “the hood height of passenger trucks has increased by an average of at least 11 percent since 2000 and that new pickups grew 24 percent heavier on average from 2000 to 2018.” For heavy-duty trucks, like the Ford F-250, that hood height is about 55” on average – about 4.5 feet tall, or the height of an average 10-year-old boy.

So when the officer who struck the boy said he couldn’t see him, we believe him. Today’s “light” trucks have massive blind spots, and those blind spots are killing pedestrians and cyclists alike. Combine poor visibility with heavier weights – from 1,300lbs in the 1990s to about 7,000lbs today – a 5.5x increase – and you have a recipe for a deadly machine. Even slamming on the brakes may not be enough to stop the momentum of a pickup even if the driver has time to do so.

Here is what we know: trucks are taller and heavier, with bigger blind spots. They’re already dangerous because of these things, but there’s one other design element that makes them incredible dangerous, and it’s the boxy front grille.

Over the years, the front ends of pickups, SUVS, and crossovers have been squared off. It’s an intimidating look that offers no additional benefits to anyone. In truth, that boxy design has made trucks more dangerous to pedestrians and cyclists in a collision.

In older, smaller model vehicles, a pedestrian or cyclist would likely be hit in the legs. The front slope of the hood would often propel the rider or pedestrian backwards after the initial hit, sending him or her over the hood of the car. It sounds terrifying – and it is – but it was actually safer for the person injured in the crash. Yes, it could crush that person’s legs and cause catastrophic injuries which we do not want to downplay, but the person was more likely to survive because both the vehicle and the victim lose speed in the collision. This lessened the impact because the energy was dispersed to the windshield and hood of the car.

When a newer model truck or SUV hits a pedestrian or cyclist, however, it hits at chest level. That energy, that force, has nowhere to dissipate. As Jingwen Hu, a crash-injury biomechanics specialist at the University of Michigan’s Transportation Research Institute, explained to Outside Online:

An SUV or truck, by contrast [to a passenger vehicle], is taller, so the initial impact is likely to target the pelvis or even the chest. “That momentum is carried through your body,” says Hu…. Instead of sliding onto the hood when hit by a truck, the rider’s pelvis and torso rotate with a twisting, tearing motion. With a squared-off front end, Hu says, “it’s basically the person wrapping around the vehicle.”

Not to put too fine a point on it, but a child doesn’t stand a chance against a pickup; not anymore. They’re too big, too bulky, and too heavy. The blind spots are enormous, and the front-end design can crush an adult’s chest.

On top of it all, most manufacturers charge extra for safety features and driver assistance technology – “features like pedestrian detection, blind spot warnings, and automatic braking,” as Jalopnick explains – that comes standard in passenger vehicles.

Everything about Wednesday’s fatal accident breaks our hearts, and it saddens us even more to know that an accident like this will almost certainly happen again. It’s time for manufacturers to do the right thing and change the design of their vehicles – for everyone’s sake.