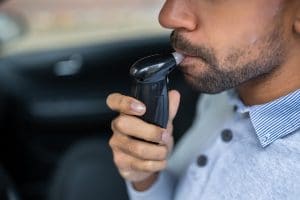 Congress has been adamant about eliminating drunk driving, especially after the increase of drunk driving accidents that have resulted from the pandemic. The National Highway Traffic Safety Administration (NHTSA) reports that in 2020, there was a nine percent increase in alcohol-related traffic accidents. Keep in mind, the number of vehicles that were traveling on the road decreased in the same year. The NHTSA also reports the number of traffic deaths in 2021 increased in the first half of the year because of drunk driving. Congress is finally becoming serious about a phenomenon that organizations like MADD (Mothers Against Drunk Driving) have been trying to eliminate for decades, which is driving under the influence of alcohol.

What is the Driver Alcohol Detection System for Safety (DADSS)?

In recent years, Congress and car manufacturers have brainstormed ways to incorporate alcohol detection systems into vehicles. One of their newest research programs is the Driver Alcohol Detection System for Safety (DADSS).

DADSS is a research program focusing on the invention, testing, and commercialization of alcohol detection technologies within and commercial vehicles. The program has inspired the partnerships of government agencies such as the NHTSA and the Automotive Coalition for Traffic Safety (ACTS) to assist with the widespread use of these technologies in all vehicles.

In May of 2021, MADD reported in a Request for Information response to the NHTSA there are 241 advanced drunk driving prevention technologies currently available. These technologies fall into the three following categories:

Other options for alcohol detection technologies include the installation of cameras. Car manufacturers like Volvo have considered installing cameras that can help search for signs of driver impairment. One of the advantages to using cameras would be that many cameras are already installed within the vehicles. The same cameras used to assist with driver safety can also be used to search for signs of impairment, like checking a driver’s eyes for involuntary movement. Currently, researchers are still collecting data on how this technology can be utilized for all vehicles.

The Insurance Institute for Highway Safety (IIHS) reports that if all new vehicles contain some form of drunk driving prevention technology, more than 9,400 lives can be saved per year. Alcohol detection technologies do not operate in the same manner as breath tests or ignition interlock systems that require drivers to blow into the device. Alcohol detection systems can use sensors that prevent drivers from even starting vehicles if alcohol is detected.

Support for mandatory legislation of alcohol detection technologies in vehicles

Another reason for the transition into mandatory legislation of alcohol detection systems is the public’s new view of these types of technologies. MADD recently conducted a nationwide poll concerning the support for drunk driving prevention technologies. The nationwide poll revealed that nine out of 10 Americans were in favor of incorporating technology into a vehicle that helps prevent drunk driving. In the same nationwide poll, three out of four Americans supported Congressional action that would require alcohol detection technologies to be installed in all new vehicles.

At Gainsberg Law, our Chicago drunk driving accident lawyers always put our clients first. Those who make a conscious decision to drive while intoxicated should be held liable to the fullest extent when they cause injury. For skilled representation when you’re injured by a drunk driver, call 312-600-9585, or complete our contact form to schedule an appointment with a caring and respectful lawyer.