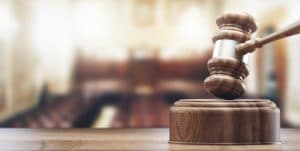 The Illinois Court of Appeals for the Fifth District ruled in September 2020 that the exclusivity provisions of the Illinois Workers’ Compensation Act do not bar claims made by employees for statutory damages related to state biometric privacy laws. The ruling came in the case of McDonald v. Symphony Bronzeville Park LLC.

The ruling from the appeals court permitted a group of workers to move forward with claims of violations by the company of the Illinois Biometric Information Privacy Act. The class of employees was looking for statutory damages.

The details of the case

McDonald claimed that she was never provided in writing how long the data (employee fingerprints) being collected would be stored or how the data would be used. McDonald also claimed that employees were not informed as to how the data would be destroyed and that the company never received permission in writing from employees to collect fingerprint data. The lawsuit sought $1,000 for every violation of the act, attorney’s fees, and injunctive relief from the court.

In its defense, Symphony Bronzeville Park LLC claimed that the claims made by McDonald were barred by the Illinois Workers’ Compensation Act and its exclusivity provisions. This attempt at having the lawsuit thrown out was denied by a Circuit Court. The company then sent a certified question to the Appeals Court for further clarification.

The ruling from the Appeals Court

The Appeals Court ruled that a private right of action is permitted for anyone impacted by a violation of the Illinois Biometric Privacy Act, which was passed by the Illinois legislature in 2008. The act was passed into law in an effort to regulate the “collection, use, safeguarding, handling, storage, retention and destruction of biometric identifiers and information.”

The affected person is permitted to make a claim for liquidated damages of $1,000 for negligent violations of the act or $5,000 for intentional violations of the act. In its ruling, the Appeals Court wrote that it failed to see how a claim under the privacy act “represents the type of injury that categorically fits within the purview of the Compensation Act.”

With the ruling, the Appeals Court certified the question in the negative and sent the case back to the Circuit Court.

Do you believe that your employer has violated the Illinois Biometric Information Privacy Act? Was your right to privacy violated at work? If so, it’s time to discuss your case with an experienced Chicago employment law attorney from Gainsberg Law. We handle employment law complaints in state and federal courts. Call our office at 312-600-9585, or complete a contact form to schedule a consultation. We serve clients in Chicago and throughout Illinois.