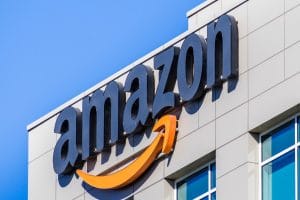 The case may be a game changer as Amazon is a leading platform for selling merchandise online.

The reasoning in the court’s opinion

The appeals court reasoned that Amazon’s website wasn’t just a business conduit for the battery distributor. In the case at issue, the user wouldn’t have used the battery without Amazon’s direct conduct.

A default judgment was entered against Lenoge. The lower court ruled that that Amazon couldn’t be found liable because it wasn’t the actual seller of the product. The appellate court said that Amazon di d more than just provide Lenoge with a platform to sell its product. Amazon took physical possession of the battery and stored the battery in its warehouse. Amazon shipped the product in “Amazon” packaging and took the money that the woman paid.

The appellate court panel wrote that Amazon had placed itself in the vertical chain of distribution by exerting control over the battery sale. The court reasoned that Amazon made the decision to offer the product, to store the product, to accept the order, and to ship the battery for its own commercial reasons. With the benefit of controlling these decisions, comes the duty to share in the responsibility if the product is defective. The court also considered that Amazon may be the only viable defendant since the other named defendants, including Lenoge, were based in China.

Further, Amazon was in a position to ensure the safety of the battery by monitoring consumer complaints and pulling unsafe products from its website – as it has already done with the Lenoge batteries. Amazon could also protect itself through the indemnity agreements with the traditional sellers.

At Gainsberg Law P.C., Chicago product liability lawyer Neal S. Gainsberg works with product safety professionals to show that products which injured or killed someone were defective. He keeps current with new court cases and arguments to hold all responsible parties accountable. If you were injured or a loved one was killed because a product (such as a car part, a drug, a toy, or a consumer product) malfunctioned in any way, we’re here to help. Call us at 312.600.9585 or fill out our contact form to make an appointment.