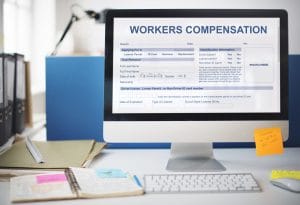 Working from home benefits both employees and employers. Employees save the time and expense of the commute to work. While they have to clock in and do a good job, they don’t have a boss constantly looking over their shoulder. Employers benefit too. They save on overhead by needing less office space and by having to pay less for utilities.

According to Global Workplace Analytics, more than half of US workers have a job where they can partially work from home. Due to the COVID-19, many employers and employees are both being forced to work from home.

Not only is it just fair play that employers pay if workers are injured at home, it’s the law. Generally, any employee in Illinois who is injured while doing his/her job is entitled to workers’ compensation benefits if they are hurt while doing their job. Benefits include payment of all reasonable medical expenses and a proportional share of the worker’s average weekly wages.

People who work at home can suffer injuries due to different types of accidents such as:

There are three main issues that workers who are injured at home will need to address:

There’s no requirement that telecommuters have witnesses to their injuries. There’s also no requirement to prove the employer was at fault for the accident. Some exceptions to the work requirement may apply, in the same way they would apply in an office or a factory, such as if workers is hurt while having lunch.

At Gainsberg Law, our firm’s Chicago workers’ compensation attorney has been fighting for injured employees for 20 years. We fight aggressively to hold employers to their legal requirement to pay worker injury benefits to all employees who are hurt while helping their employer – including telecommuters who work from home. To speak with a skilled workers’ compensation lawyer, call us at 312.313.1621 or use our contact form to make an appointment.