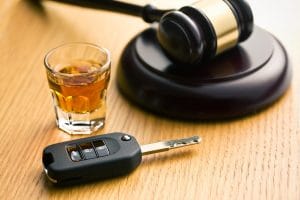 Car accidents that result from drunk driving account for numerous tragedies that occur every day in our nation. In fact, according to the Center for Disease Control & Prevention (CDC) 29 Americans die in alcohol-related vehicle accidents every day.

If you suffered injuries in a drunk driving crash, the medical expenses, physical pain, and property damage can feel overwhelming to handle all at once. However, it is important to know that you have recourse under the law to pursue and obtain justice and financial compensation for your suffering. Drunk driving cases are handled under both civil and criminal law statutes.

Under criminal law, a district attorney is usually the one who prosecutes the individual accused of driving under the influence (DUI). If the accused is found guilty, he or she may face jail time and/or hefty fines.

If the victim in a drunk driving case (the plaintiff) brings a successful case against the defendant, he or she may feel a sense of justice served. However, at the same time the victim does not gain much more than this through a criminal trial – in other words, no financial compensation is awarded for the victim’s losses under criminal proceedings.

Civil litigation occurs when the victim sues the accused for injuries suffered in property damage sustained as a result of the drunk driver’s negligence or careless action/inaction. If the driver is found liable for the victim’s injuries, he or she will be forced to pay financial compensation to the victim based on the award issued by the jury or judge.

In a civil case, victims have the opportunity to recover financially from what they lost due to the accident and their injuries in the form of lost wages, medical care expenses, property damage, and other associated costs.

A focus on civil remedies

There are two major types of damages you may file against a drunk driver as the victim in a drunk driving case. These are compensatory damages and punitive damages.

Punitive damages are sometimes available and are intended to punish defendant deemed liable for reckless behavior. They are meant to make an example of the individual and such behavior and also discourage others from replicating the same type of offense in the future.

The dram shop law in Illinois, entitled the Liquor Control Act,” assigns liability to commercial establishments that are responsible for any injuries or damages caused by intoxicated individuals. The proof required to establish such liability is as follows:

In Illinois, the dram shop law is different compared to many other states. There is no requirement that a commercial establishment knew or had reason to know the person was already intoxicated. In many other states, the law requires at least an indication that the individual is visibly intoxicated. This allows injured plaintiffs to pursue and recover compensation from more than one establishment – for instance if an intoxicated person consumed alcohol at multiple bars and then was involved in a drunk driving crash that injured someone else.

If you have suffered injuries in a drunk driving crash from the negligence of another driver, our Chicago drunk driving attorneys at Gainsberg Law can fight for the compensation you deserve. We know how to deal with the insurance companies and hold liable the party responsible for your injuries. To arrange a free consultation about your case, call us today at 312-600-9585 or fill out our contact form.