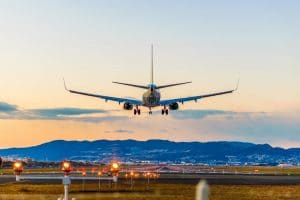 As a method of travel, flying is generally the fastest, most efficient, and safest. Over the course of time, millions of passengers take flights in and out of Chicago O’Hare International Airport and other major airports within the state of Illinois and around the nation. However, as with other forms of transportation, accidents and passenger injuries are possible. With any flight, the two most vulnerable and likely times in which a crash may occur are during the takeoff and landing phases. The descent and landing stage of a flight includes particular dangers due to the fact that the plane is attempting to make a transition to the ground at a high rate of speed.

Other than from crashing, passengers can suffer injuries during the course of flight in various other ways as well.

The phases of flight

The entire span of a passenger flight can be broken down into eight different phases. Passengers are only on board for six of these phases. Additional phases are involved if the plane is experiencing problems in the air or flying at a low altitude. The National Transportation Safety Board has additional information available on the phases of flight.

Why landings are so dangerous

Boeing performed an extensive analysis of commercial plane accidents from 1959 to 2017. The study found that crashes are more likely to occur during the takeoff and landing stages. In fact, almost half of all accidents involving fatalities between 2007 and 2016 happened during the descent and landing stage. The takeoff and initial climb stage during this same period accounted for 13% of plane crashes involving fatality.

An estimated 8 in 10 of all plane crashes occur within the first three minutes of takeoff or the last eight minutes before landing. The danger to the aircraft increases due to its close proximity to the ground and the small amount of time available to recover from a mistake at this stage. In addition, planes are lacking all of their capabilities until they are en route.

Only 1 in 10 of plane accidents occurs during the cruising (en route) stage. However, an accident that occurs at this stage can be more dangerous for passengers. The taxi phase also only accounts for 1 in 10 plane accidents.

A factor that can contribute to dangers for passengers during the landing phase is inattentive or distracted pilots. To combat the problem caused by distracted flight crews, the federal Aviation Administration (FAA) established the sterile cockpit rule. This rule instructs all members of the flight crew to cease any nonessential activities while the plane is at a critical phase of flight lower than 10,000 feet. Even though this regulation is in place, accidents still occur when pilots are distracted from their responsibilities during landing and other low altitude stages of a flight.

Reasons for injuries on a plane other than from a crash

Substantial changes in stability or altitude can toss unbelted passengers and crew from their seats or launch passenger baggage from overhead compartments. Many in-flight accidents each year are caused by turbulence. Whether or not the flight crew properly warned and instructed passengers before the turbulence occurred can have a significant impact on injury cases involving these events. In-flight injuries can also occur from rolling food carts injuring seated passengers or passengers located in other parts of the cabin.

If you or a loved one has been involved in a plane accident and suffered injuries as a result, you may have the right to secure substantial compensation for your losses. It is important to proceed promptly to meet any filing requirements and overcome any other limitations. You can trust our Chicago airplane accident attorneys at Gainsberg Law to provide you with strong representation to pursue your rightful financial recovery. To set up a case review, give us a call today at 312-600-9585 or use our contact form.