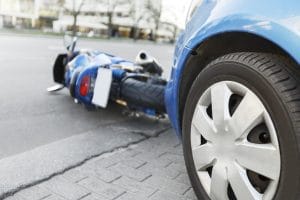 A recent study by several doctors queried a database to determine the effects of alcohol on motorcycle accident victims. The study was done because motorcyclists who drink and drive have a generally higher chance of being killed or suffering a disability than drunk car and truck drivers.

The study, reported in the International Journal of the Care of the Injured, queried the National Trauma Data Bank between the years 2012-2014. The study was conducted in 2019. The doctors looked for patients who were 18 years-of-age or older who suffered a traumatic injury, which required being taken to a hospital, after a motorcycle crash and who also had evidence of alcohol in their blood.

The doctors evaluated the patients based on:

The findings of the study

The net result was that nearly 30,000 patients had a blood alcohol level of .08 or more. Age, sex, and race didn’t seem to indicate any risk propensity. However, patients with a low systolic pressure and poor ISS and GSMOT did have risk factors.

The doctors determined that:

In summary, victims of a motorcycle crash who had a BAC of .08 or higher were more likely to suffer a severe injury or death as compared with survivors who tested negative for blood alcohol.

If you were injured or a beloved relative was killed in a motorcycle accident or any vehicle crash, you need immediate help. At Gainsberg Law, our experienced Chicago motorcycle accident lawyers work with investigators wo help determine the cause of the crash and who is responsible. We guide survivors and families through the litigation process. Our attorneys fight to old negligent drivers and other responsible parties accountable for the pain and suffering and economic damages they cause. To speak with an attorney, please call us at 312-600-9585 or use our contact form to schedule an appointment.