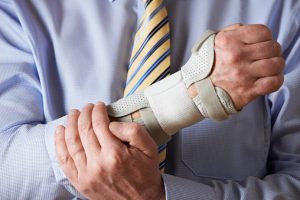 The Courts are supposed to be the one place where everyone is treated equally. There have been plenty of stories about the criminal justice system – but what about the civil justice system, where auto accident, wrongful death and other personal injury cases are tried? A recent investigation by The Washington Post revealed rampant inequality for victims of personal injury, too.

The Post story told about a boy named, “G.M.M.” in court documents, who suffered permanent brain injuries due to exposure to lead paint in the home that he and his family lived in. When GMM’s parents discovered that his mental disability was caused by exposure to lead paint in their rental apartment, they filed a lawsuit against the landlord for damages. GMM’s legal team estimated a figure of about $3.4 million for compensation for a lifetime of lost earnings, but the opposing side disagreed and estimated his lifetime earning potential at $1.5 million because he was Hispanic. The defendant’s legal team cited the statistic that estimates about 7.37 percent of Hispanics earn a master’s degree. The jury in the civil lawsuit had to determine how much the landlord should be responsible to pay in damages to compensate for how much the boy might have earned in his lifetime if he had not been injured.

The Post investigation also included the case mentioned above where a six-year-old girl and a male fetus were both killed in the same car crash. The settlement for the fetus was calculated at about 84 percent higher than the settlement for the girl. The civil justice system uses demographic averages to estimate lifetime incomes for personal injury lawsuit settlements, a practice that an Ohio State University professor quoted in the story said, “reinforces past discrimination and pushes it out into the future and endorses it.”

One side of the argument says that using demographic averages is the most accurate way to calculate the value of a person’s lifetime earnings, but others feel like the time has come to revisit this practice which does not take into consideration the progress that women and minorities continue to make in closing economic disparities in the U.S. Other countries including Canada and Israel have stopped using demographic averages.

About 95 percent of personal injury claims are settled out of court and include confidentiality agreements that bar the plaintiffs from discussing the more than $35 billion in personal injury settlements in the U.S. (IBIS World) When economists calculate future lost income estimates they take into consideration how many years the victim might have worked and how much they might have earned. Given that women and minorities tend to earn less than white males, their estimates come out lower.

The judge in GMM’s lead poisoning case did not allow the parties to discuss the boy’s ethnicity when discussing calculations of the damages, but those demographic estimates were the only calculations that the jury had access to in its deliberations. At the close of the case, in his written opinion that has no bearing on the case’s outcome, Judge Jack Weinstein of the Eastern District of New York said, “Race and ethnicity are not, and should not, be a determinant of individual achievement. To support such a proposition distorts the American Dream,” he wrote. “A traditional, automatic, unthinking approach by experts in the field can no longer be tolerated.”

When a person is injured or someone loses a loved one because of another person’s negligence, and they file a claim or bring a lawsuit against the responsible party, that person is entitled to recover financial compensation for their pain and suffering, medical expenses and lost income. The injured rely on the fairness of the justice system to make sure that they are compensated fairly. It can be unnerving to discover that a person might not be fairly compensated simply by virtue of the fact that they were not born a white male.

At Gainsberg Law, we believe every injury victim deserves a chance to recover the amount they deserve. Our Chicago personal injury lawyers fight on behalf of clients throughout Illinois. To learn more about our services, please call 321.548.9019, or fill out our contact form, and schedule your free consultation with us today.