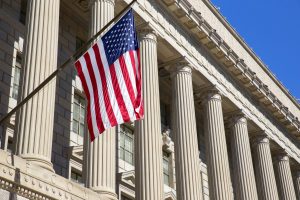 In Illinois, anyone injured due to the negligence of someone else has the option to file a personal injury lawsuit in civil court as long as the defendant is a private party. Examples of this type of lawsuit include if you trip and fall on the broken down steps of a local business or if you are injured in a car crash by a negligent driver. In both cases, you have the right to file a lawsuit against the owner of the business or the driver, respectively.

However, if you wish to hold the State liable for your injuries, or a State employee, you’re going to need to go a different route. The Illinois Court of Claims Act applies to the State and its employees, and outlines how you have to make a claim.

The Court of Claims Act in Illinois

Illinois Compiled Statutes (705 ILCS 505) details the Court of Claims Act. The types of cases that can be brought against the state and heard by the Court of Claims include personal injury and other type of simple wrongs, administrative decision reviews, breach of contract, and more.

The state government’s ability to apply the rule of sovereign immunity that traditionally prevents individuals from suing the government is limited by this Act.

Filing a claim against a local government entity in Illinois

Generally speaking, claims against local municipalities like cities, counties, and park districts are heard in the “regular” court system. So, if you are hit by a county vehicle in a car crash, or trip over a broken piece of sidewalk by a municipal building, you only need to establish ordinary negligence principles.

There are some occasions when the employee or local public entity may not be liable for your injuries. Those exceptions are listed in the Local Governmental and Governmental Employees Tort Community Act (described in 745 ILCS 10), which addresses injury claims against municipalities. The act regulates the types of claims available against local governments in Illinois, and dictates the type of proof you need for each accident claim.

Allowable timeframe for filing a claim against the Illinois state government

An individual filing a claim against Illinois must either:

Notice is not required if the claim is filed inside of one year. Any claim must be filed within two years of the accident date, even if a notice is filed first.

The statutes of limitations are a little different for claims against a government. Under the Tort Act:

At Gainsberg Law, our Chicago injury attorneys represent clients in claims against government entities and employees. We can help you file your claim through the appropriate channels in pursuit of the compensation you deserve. To arrange a free case review, please call us today at 312-600-9585 or complete our contact form.