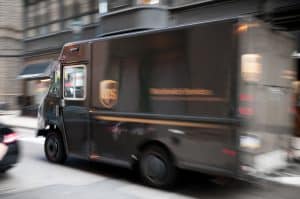 The Chicago Sun Times reported on December 4th that the brother of a 58-year-old man, who was killed while riding his motorcycle, is suing United Parcel Service and a company driver for an accident that happened on September 9th, at the intersection of Lehigh Avenue and Hiawatha Avenue in Cook County. The Chicago Police charged the UPS truckdriver with failing to yield the right of way – while the motorcycle operator was turning. The brother also claims that the UPS driver did not obey the traffic control devices at the intersection.

Legal issues in this type of Chicago motorcycle accident

When it comes to making a claim for damages, aside from establishing that you were injured, you must establish who is liable – or at-fault­ – for the accident. This particular motorcycle crash may end up being against two different entities:

Usually, a wrongful death claim would be brought by the decedent’s spouse, parent, or an adult child. A brother would normally bring a wrongful death claim if he had been appointed the personal representative of the estate of the deceased, or if he has legal recourse to claim that his livelihood will be affected by the death of his brother. Wrongful death damages include funeral costs and the loss of society and support the dead motorcycle operator would have given his family members if he had lived.

At Gainsberg Law, P.C., our Chicago motorcycle accident lawyers understand how to prove fault and damages. In cases with a fatality, we understand how evidence is handled when the person who knew how the accident happened is no longer here to tell us, and we understand that the loss of society and support is something that can’t be reversed. If you were injured or a loved one was killed in a motorcycle crash, please phone us at 312-600-9585 or complete our contact form to schedule an appointment. We represent clients and families on contingency fee basis.