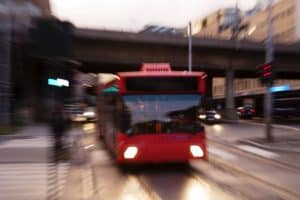 A serious bus accident near the end of May on the South Side of Chicago left multiple people injured. Bus accidents are especially scary because of the size of the vehicle and the number of passengers who could be on it at any point during the day. Bus accidents are also difficult to deal with because many of them do not have seatbelts, which means passengers might be thrown from one end of the bus to the other, suffering serious injuries or even death.

The details of the crash

The accident occurred on May 21 at 6:30 in the morning on South Ashland Avenue in Back of the Yards. The No. 9 Ashland bus from the CTA was the bus involved in the accident. According to witnesses, a yellow SUV tried to make a left turn in front of the bus, but was unable to clear it, leading to a serious collision.

A total of nine people were transported by EMS personnel to multiple hospitals across the South Side of Chicago, including a three-year-old child, the driver of the SUV and the bus driver. The accident is still under investigation and charges are pending. Two patients were listed to be in critical condition, including the 25-year-old driver of the SUV.

Compensation from a bus accident

Should charges not be filed against the driver of the SUV, the victims from the bus accident could still seek compensation for their injuries and other damages. The victims will have the option of filing a lawsuit against the driver of the SUV for his blatant disregard for safety, which led to the crash. Victims of bus accidents can seek compensation for any of the following:

The dangers of buses on Chicago streets

As convenient as public transit buses from the CTA are, they are just as dangerous. Why? The sheer size of these buses can make it very difficult to maneuver some of the narrow city streets. Because of their weight, these buses cannot stop on a dime, which likely played a role in this accident. You need to be extra careful when driving near buses. The drivers are not able to see what is on either side of the bus in certain areas, known as blind spots. Take matters into your own hands and protect yourself when driving near a large bus. If riding on a bus, make sure you try to find a seat instead of standing.

Have you or a loved one suffered an injury in a Chicago bus accident? If so, now is the time to contact an experienced Chicago bus accident attorney. Call the office of Gainsberg Law, P.C. at 312-600-9585 or complete a contact form to schedule your free consultation today. You deserve compensation for your medical expenses.