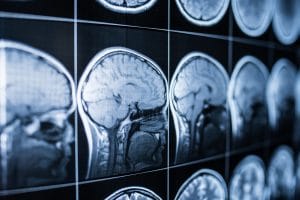 Scientists from the United Kingdom are warning that patients who suffer mild symptoms from the Coronavirus could develop brain damage. The report was published in The Guardian after 40 patients with confirmed Covid-19 symptoms were analyzed by doctors. The patients suffered from delirium, brain inflammation, stroke, and nerve damage. In a handful of cases, neurological symptoms were the first symptoms the patients developed.

The study, which was published in the journal titled Brain, revealed an increase in a life-threatening brain injury condition known as acute disseminated encephalomyelitis (Adem) as the first wave of the Coronavirus worked its way through Great Britain.

Of the 40 patients analyzed in the study:

We’re seeing things in the way Covid-19 affects the brain that we haven’t seen before with other viruses. What we’ve seen with some of these Adem patients, and in other patients, is you can have severe neurology, you can be quite sick but actually have trivial lung disease. Biologically, Adem has some similarities with multiple sclerosis, but it is more severe and usually happens as a one-off. Some patients are left with long-term disability, others can make a good recovery.

The release of this information from the United Kingdom adds to the long-term concerns doctors and scientists have for patients who are diagnosed with Covid-19. Many patients, even after recovering, still experience difficulty breathing and feeling fatigued weeks later. Now, it’s possible that brain damage could develop down the road.

The study discussed two patients in particular who suffered mental problems after being discharged from the hospital:

David Strain, a senior clinical lecturer at the University of Exeter Medical School, said that his team has “already seen that some people with Covid-19 may need a long rehabilitation period, both physical rehabilitation such as exercise and brain rehabilitation. We need to understand more about the impact of this infection on the brain.”

If a loved one suffered a brain injury after contracting the Coronavirus, it is vital that you seek compassionate legal representation from an experienced Chicago brain injury attorney. Call the office of Gainsberg Law 312-600-9585 or complete the contact form found on our website to schedule a consultation today.