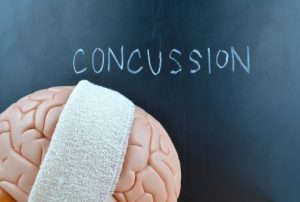 In addition, the certain parts of the human body, affected by localized injuries, usually heal and regain their lost functionality, but finding the correct path to recovery from TBIs is difficult. TBIs differ from victim to victim. Moreover, whether a victim is aware of his or her TBI also differs from victim to victim, as some victims are instantly aware of their TBIs, but others are not aware until weeks later.

Furthermore, although the exact cause of a TBI varies among victims, the majority of TBIs result from car crashes, guns, and falls. TBIs also result from:

Concussions are a kind of TBI resulting from a blow to the head or body, which leads to the swift movement of the head and brain. The swift motion, in turn, leads to the widening of the not-so-dense human brain inside the dense human skull and chemically altering the brain.

Moreover, while recovering from concussions, victims might become easily angered or sensitive to light and sound, and they might have trouble focusing and/or develop moderate headaches. Furthermore, when people experiencing symptoms of concussions differ from victim to victim; some victims experience symptoms instantly while others do not experience symptoms until days, weeks, or months after getting injured.

Whether you sustained a mild concussion or a more serious traumatic brain injury, you should seek medical attention right away. If your injury was the result of another person’s negligence or malicious act, you’ll want an experienced Chicago TBI attorney on your side. We invite you to contact Gainsberg Law through this contact form, or by calling 312.548.9019 today.