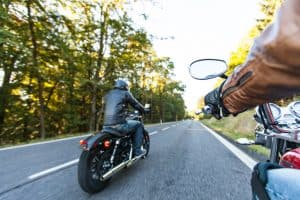 A story in the Chicago Tribune reported that motorcycle manufacturer Harley-Davidson is devoting financial and technical resources to building electric motorcycles by 2020. Harley Davidson, based in Wisconsin, is hoping that its design of electric motorcycle will offset recent losses due to decreased sales. Harley Davidson is not the only company losing money on the current modes. Worldwide, motorcycle sales are down 9.6 percent. The decline rate in the United States is 11.1 percent.

Matt Levatich, the Chief Executive of Harley-Davidson claims that while the electric motorcycle market is just beginning, that investors should be excited about how these new vehicles will increase business opportunities. One model, called Livewire, that Harley Davidson demonstrated in 2014, can go from zero to 60 mph in just under four seconds.

Other companies such as Zero Motorcycles and Alta in California, BMW’s motorcycles based in Germany, and Energica, based in Italy, already have electronic motorcycles in production.

The advantages and disadvantages of electric motorcycles

The trend in building electric motorcycles follows the rising manufacture of electric cars. Those who favor electric vehicles of any type argue that:

The downside of electric motorcycles and other vehicles are:

There are also questions about whether electric of fuel-based motor vehicles are safer.

At Gainsberg Law, our Chicago motorcycle accident lawyers represent injured victims and the families of deceased victims. Motorcycle crashes are often deadly because the riders have virtually no protections. Survivors normally need long-term care to treat traumatic brain injuries, spinal cord damage, broken bones, and other serious injuries. To speak to a respected trial lawyer, please call us at 312-600-9585 or use our  contact form to schedule an appointment.