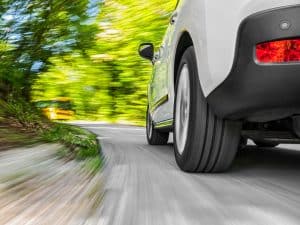 Every year, it seems, we see stories and news articles that talk about how this year was the “worst ever” for auto recalls. And every year, the number of recalls is higher than it was the year before. To help combat those recalls – and the death and injuries so many people have suffered as a result of defective auto parts – The Safety Institute has created the Vehicle Safety Watch List.

The Watch List is sponsored by Ken and Beth Melton. Their daughter Brooke died because of a defective ignition switch in her 2005 Chevy Cobalt. Now, thanks to their commitment, we may be able to spare our loved ones the same horrible fate. It comes out quarterly, and lists the top 15 vehicles most likely to have a problem down the line, based on “potential vehicle defect trends and the National Highway Traffic Safety Administration’s recall and enforcement activities.” This quarter’s list includes:

Again, the list only contains vehicles that may have a problem, based on the data available. If you drive one of these cars or trucks, you may want to speak to your mechanic about your next steps.

Your rights if your car has a defect

If it turns out that your vehicle is defective in some way, you should be able to have the part fixed or replaced at no cost to you. Newer cars may be covered under Illinois’ “lemon law,” if they:

Lemon laws don’t apply to all vehicles, however. If you buy your car used, or if you alter it in some way with after-market parts, you may be excluded. Motorcycles and boats are also excluded from protection.

At Gainsberg Law, P.C., we help people who have sustained serious injuries in car crashes caused by defective parts. If you’re having trouble recovering money after you bought a lemon, we can help with that, too. To learn more about our services, or to schedule a free initial consultation with an experienced Chicago product liability lawyer, please call 312-600-9585 or complete our contact form.