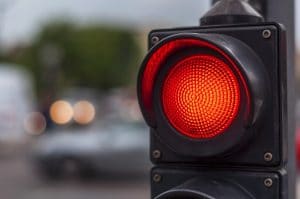 Multiple people are hospitalized and one person is dead after a deadly crash in the South Side’s Chatham area last night. A 35-year-old man ran a red light and hit a car with four people in it, causing both vehicles to spin out and one to catch fire. The driver’s condition is stable, but two of the passengers in the other car were in serious condition last night, and the third passenger is stable. The other driver was pronounced dead at University of Chicago Medical Center.

Our hearts go out to the families of the victim, and to those who are injured. We hope for a speedy and full recovery.

Why are so many people running red lights?

This terrible tragedy comes only a couple of days after another South Side driver ran a red light and crashed into a semi-truck. That driver was dragged for about 100 feet before the truck driver realized he was stuck. Her condition was listed as stable, too. And in July, a man who ran a red light caused a five-car crash in the South Shore. Luckily, no one was injured.

The problem, however, is not unique to Chicago. In 2019, a AAA Foundation for Traffic Safety report found that the number of red light crashes had increased over the last decade, saying “More than two people are killed every day on U.S. roads by impatient and reckless drivers blowing through red lights.” Per their data:

Of course, this decrease coincided with the coronavirus shutdown, which may explain why numbers are rising again; after all, more cars on the road mean an increased risk of someone running a red light.

If you were injured in a crash with someone running a red light, you have options to recover compensation for your injuries and losses. At Gainsberg Law, we have been fighting for drivers, passengers, pedestrians, and families for decades. We fight for the injured and for those whose loved ones have died. To schedule a free consultation with a Chicago car accident lawyer, 312.900.9654 or use our contact form. We handle car accident cases on a contingency fee basis.