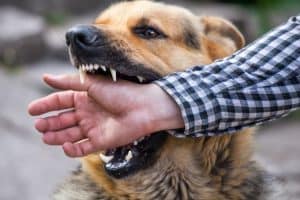 Hinsdale has been dealing with an increase in dog bite cases to the point where Hinsdale Village Board is considering changes to the local dog control ordinances. Reports have surfaced that there have been some 32 cases of dog bites in Hinsdale since January 1, 2016, with one woman being attacked three times by the dogs of her neighbors back in August 2018. The police in Hinsdale have made a recommendation that dogs be kept on leash at all times when in public, but this likely will not solve the problem.

The Chicago Tribune explored data involving dog bites between January 1, 2016 and May 16, 2019. During that span there were 32 total dog bites reported. There were likely many more bites, as some people do not report dog bite attacks involving other dogs. Most of the 32 reported dog bites during this timeframe involved mail carriers, the community service officer for the Police Department, and deliverymen. Just five of the 32 reported dog bite attacks involved a dog biting another dog and no injury caused to any humans.

Who is responsible for dog bites?

For the most part, the owner of a dog is the one held responsible if the dog attacks another person, another dog, or any other type of animal. There are times when a dog owner might not be the person held liable for an attack. For example, if the dog attacked someone while in the care of a pet sitter or groomer. In this type of incident, both the owner and the handler at the time could be held responsible for the dog bite.

The law in Illinois

The law regarding dog bites in Illinois is pretty straightforward. The owner of the dog has strict liability when their dog bites another dog or a human. The only time strict liability can be waived in such an incident is when the dog was provoked by the victim or the victim was trespassing at the time of the attack.

Dogs at the office

Do any of your coworkers bring dogs to the office with them? If so, they should have permission from their employer. If this is permitted, the employer likely cannot be held liable if they allowed the dog to be there for the benefit of the employee. But, if the employer wants the dogs present for their own benefit, they could be held liable if an attack occurs.

Have you ever been bitten by a dog in your neighborhood? Has a loved one suffered an attack by a dog? If so, you need to protect your rights and speak with an experienced Chicago premises liability attorney from Gainsberg Law, P.C. as soon as possible. Call the office at 312-600-9585 to schedule a free consultation. You can also complete a contact form on our website.