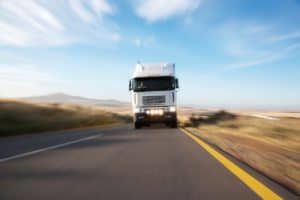 If you drive a passenger vehicle on the highway, getting tangled up in a collision with a large, commercial truck can end in disaster. Not only because they are so huge and vastly out-weigh passenger vehicles, but also because they ride so high on the road that in an accident, a passenger vehicle can slide underneath a tractor-trailer causing horrific injuries and often death to that vehicle’s occupants. Underride crashes occur when a car collides with a large, commercial truck and gets smashed underneath, which often either completely crushes or shears off the top of the car’s passenger compartment.

There are two mothers, Marianne Karth and Lois Durso, who know the horror of losing children in truck underride accidents all too well, and they have taken on the task of preventing other families from facing the same tragedies that took their children.

Mrs. Karth lost her two daughters in a 2013 truck accident when an 18-wheeler sideswiped their car, hurling the back of the ruck where the girls were seated, underneath another truck, whose underride guard failed. In 2004, Ms. Durso’s daughter was driving in a blizzard when her car skidded out of control and slid underneath a large truck causing her to die instantly.

In this short video from The Insurance Institute for Highway Safety (IIHS), you can see what happens to a passenger vehicle when it crashes into a tractor trailer without underride guards, and then what happens when the passenger vehicle crashes into a truck that has an underride guard. The IIHS has been testing underride guard and sideguard for large trucks for several years, and their latest tests show how important it is to have countermeasures in place to prevent rear underride and sideguard crashes. The results of the test are shown in the video above.

Karth and Durso have joined forces in a campaign to urge Congress and the Department of Transportation to improve federal guidelines for rear underride guards and to require guards on the side of tractor-trailers. The two, according to a story on NPR.com, have written a bill called, “The Roya, AnnaLeah & Mary Comprehensive Underride Protection Act of 2017,” would require side and rear underride protection on all trucks.

Kath and Durso face opposition from the truck industry lobby, the American Trucking Associations (ATA), which is opposed to requiring trucks to have underride guards. In the NPR story, Sean McNally, ATA spokesperson, said, “ATA believes the best way to prevent underride deaths is to prevent crashes in the first place, which is why our industry invests more than $9 billion in safety initiatives. Wider deployment of advanced vehicle safety technologies like automatic emergency braking and forward collision warning systems can help prevent all kinds of crashes, including those into the sides of trucks.” Some trucking fleet operators have already added underride protection on their trucks on their own.

A story on NBC.com quoted government statistics that show more than 200 people are killed each year in truck underride crashes–crashes that could be prevented if side underride guards were required on large trucks.

Collisions involving smaller passenger vehicles and large commercial trucks often end with disastrous injuries and sometimes fatalities.  If you have sustained an injury after a truck crash, the Chicago truck driver accident attorneys at Gainsberg Law, P.C. are here to examine your case, conduct an investigation, and help you get the compensation you need. For a complimentary consultation, call 312-600-9585 or fill out our contact form today.