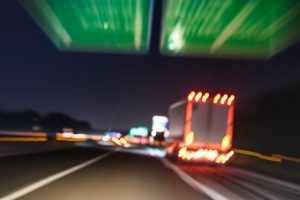 Most Chicago personal injury cases are brought in Illinois state courts. More precisely, they are usually brought in the county where the defendant(s) live. Cases can be brought in federal court if there is a federal question involved. This is rarely the case in truck accident cases.

In this case, our Chicago truck accident lawyers could bring the case in the Illinois federal court that serves Chicago. This is because the manufacturer is a resident of another state (because they were incorporated in Delaware), but they do business in Illinois. We could also bring the claim in the Chicago state court.

In truck accident cases, it is often the case that the truck driver resides in another state. If you were injured in a Chicago truck accident involving an out-of-state driver, you could bring your claim in the Chicago state court because that’s where the accident happened. You could also bring the case in Chicago federal court because the accident happened in Chicago and the driver resides outside of Illinois.

There are many different possible scenarios, and each case needs to be reviewed individually to determine if federal court jurisdiction applies.

The pros and cons

Whether a federal or state court has the authority to hear a case is a legal decision. There are also practical considerations, and our lawyers review all the facts to determine whether state court or federal court is the better option for your case. Some of the deciding factors are:

Federal diversity questions are very complex. This is especially true if the defendant, such as a trucking company or manufacturer, does business in many states. If more than one defendant is involved, the question of which court can hear the case gets even more difficult.

At Gainsberg Law, P.C., our Chicago truck accident attorneys understand the advantages and disadvantages of bringing cases in state and federal courts. We work to bring the lawsuit in the court that is most advantageous for our client. For strong advocacy, contact our lawyers at 312-600-9585 to schedule an appointment. You can also reach us through our contact form.