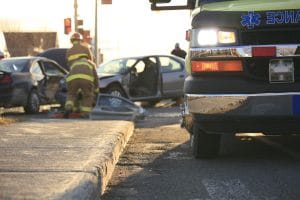 There are certain milestones that teenagers cannot wait to reach as they get older. One of those milestones involves receiving their driver’s license. Beginning to drive can be a thrilling time for teenagers, and a scary time for their parents, understandably. While it is exciting to have the ability to travel from point A to point B independently, it can also be concerning to think about the dangers that await teenage drivers.

How many children and teenagers have died in fatal car accidents?

Sadly, this data is not surprising. According to AAA, “Traffic crashes are the leading cause of death for U.S. teens ages 16-19. In fact, six teens are killed each day in crashes that are entirely preventable. Per miles driven, teen drivers are nearly three times more likely than drivers aged 20 and older to be killed in a crash.”

ValuePenguin broke down the stats per state, to see which ones had the highest fatality rates, and what the root causes of those deaths were. They found that there were two primary factors in road safety: location and population density. States located on the coasts and in the north had fewer fatalities than states in the Midwest and south. Surprisingly, more densely populated areas fared far better than sparsely populated areas.

Which states were the deadliest for teens and kids?

Which states were the least deadly for teens and kids?

The three states with the lowest rates of car accident fatalities involving children and teens are the District of Columbia, New York, and Massachusetts.

How safe is Illinois for children and teens?

The states with the lowest car accident fatality rates, on the other hand, are states that encourage less driving. The District of Columbia, for example, contains multiple public transportation options for commuters, visitors, and students alike. This leads to a reduction in the number of drivers on the roadways, leading to fewer chances for children and teens to be involved in fatal car accidents.

How do seat belts affect injury rates in car accidents?

In short, seat belts save lives – and using your seat belt every time you get into a car can help reduce your risk of critical or fatal injuries in a car accident. It’s the one thing you can do no matter where you live.

Trust the efficient and reliable Chicago injury attorneys of Gainsberg Law to provide you with experienced representation in a variety of car accident cases. Whether you or a family member has been injured by the negligent actions of a driver, trust us to aggressively advocate for the compensation you deserve. Call our office today at 312-600-9585 or submit a contact form to schedule a free consultation.