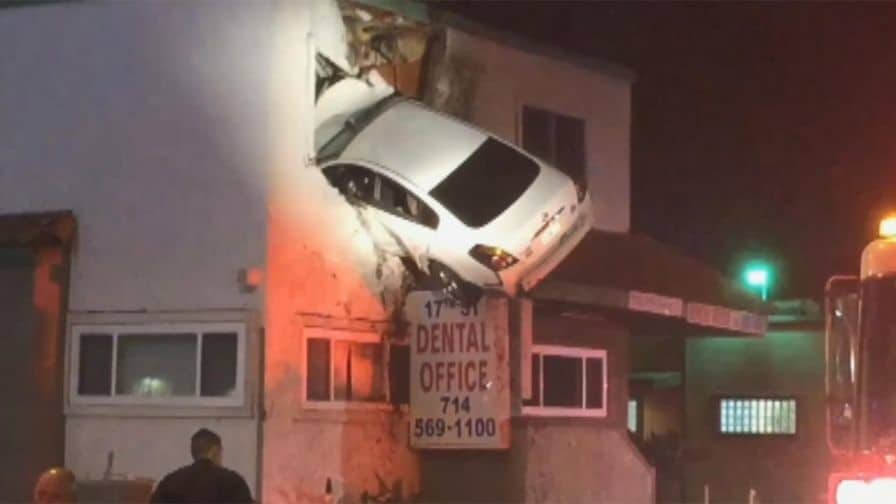 Any time a car or truck crashes into a building, it’s a newsworthy matter because we think it doesn’t happen that often. As it turns out, we’re wrong about that.

The data shows that as many as 60 times each day in the U.S., a vehicle crashes into some type of structure such as a fast food restaurant, home, grocery store, hospital, bank, convenience store, etc. The results include over 4,000 injuries to employees, customers, and pedestrians, as well as at least 500 killed each year.

Typically, the demographic of individuals involved in storefront car crashes include elderly, teen, distracted or drunk, inexperienced, and medically impaired drivers. There are several reasons why a driver may unintentionally crash a car directly into a building. These include:

Was the parking lot layout a culprit?

The Commercial Real Estate Development Association has concluded that parking lot layout is a significant factor influencing the occurrence of storefront crashes. In particular, “nose in” parking in which vehicle parking spaces are positioned perpendicular to the building increase the risk of these incursions.

Are you suffering due to injuries caused by a negligent driver? You can depend on our Chicago legal team at Gainsberg Law provide you with strong advocacy from start to finish. We will vigorously fight for the compensation you deserve. To request a free initial case evaluation, complete our contact form or call us today at 312-600-9585.